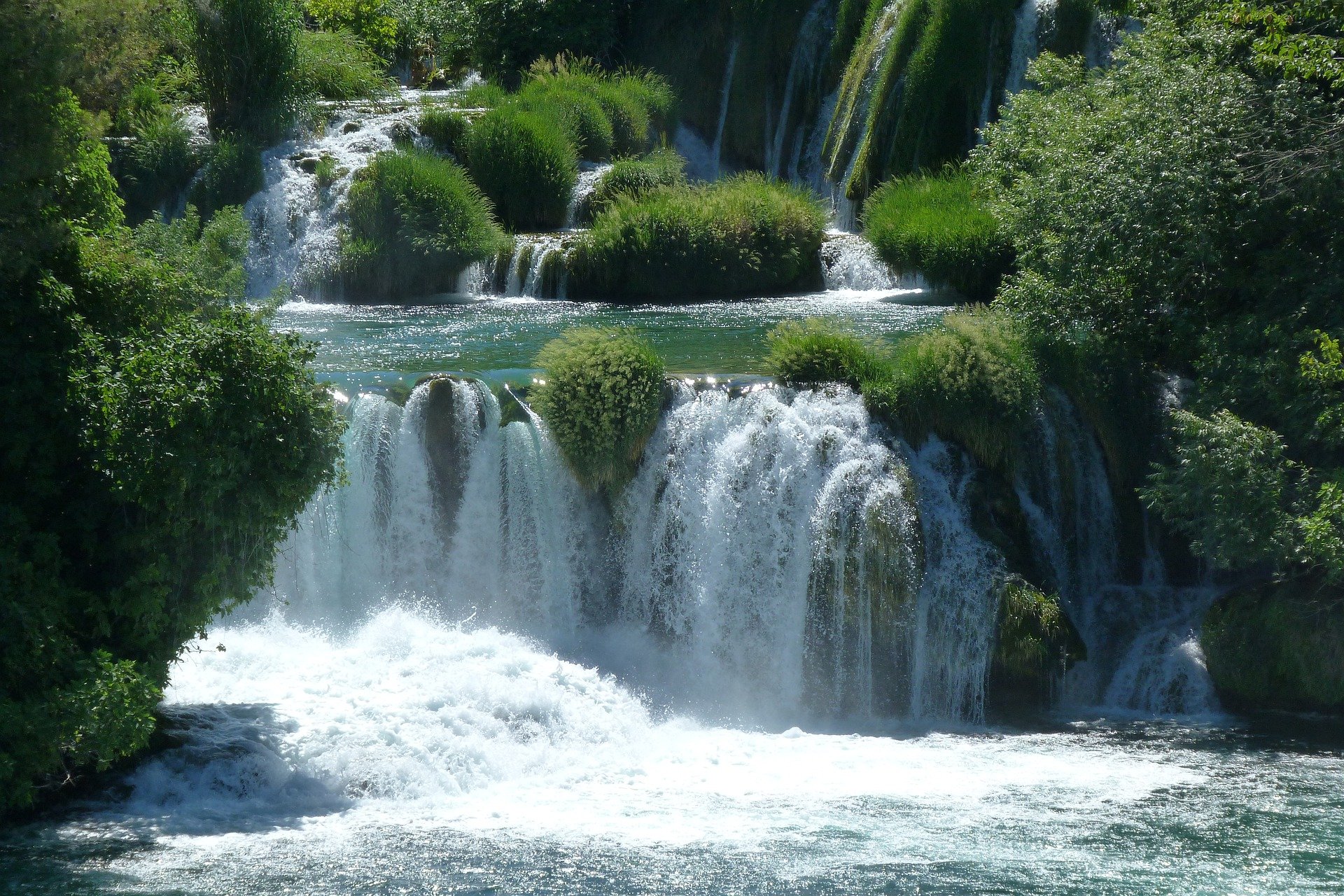 Krka National Park / Šibenik & Primošten
Krka National Park is one of the Croatian national parks, named after the river Krka that it encloses. It is located along the middle-lower course of the Krka River in central Dalmatia, in Šibenik-Knin county, downstream Miljevci area, and just a few kilometers northeast of the city of Šibenik. It was formed to protect the Krka River and is intended primarily for scientific, cultural, educational, recreational, and tourism activities. It is the seventh national park in Croatia and was proclaimed a national park in 1985.

The Krka National Park belongs to the Southern European (Mediterranean and sub-Mediterranean) region. Due to its special position and the mosaic distribution of various types of habitats, it is characterized by exceptionally rich and varied flora and fauna.

Eight hundred and sixty species and subspecies of plants have been identified within the territory of the Krka National Park, including several endemic Illyrian-Adriatic species.

Eighteen species of fish inhabit the Krka River, among which ten are endemic, making the Krka a natural landmark of the highest category. Brown trout and Dalmatian Barbelgudgeon are a couple of fish that can be found in the ecosystem.

Patches of reeds, lakes formed along part of the river and swamped meadows abound in amphibians and birds, while thickets and stone quarries are home to reptiles.

Skradinski buk is one of the most attractive parts of the park. It is a massive, clear, natural pool with high waterfalls at one end and cascades at the other, located in the Krka National Park in Croatia. It is the lowest of the three sets of waterfalls formed along the Krka river. In an area 400 m in length and 100 m in width there are 17 waterfalls and the total difference in height between the first and the last falls is 47.7 m. Due to the wealth and variety of geomorphological forms, vegetation, and the various effects caused by the play of light on the whirlpools, Skradinski buk is considered to be one of the most beautiful calcium carbonate waterfalls in Europe.

The rate of flow is 43 m3 a second in winter, 18 m3 in summer, with an average of 55 cubic metres a second flowing down Skradinski buk annually. It is the largest travertine cascade system in Europe.

Driving through Dalmatian hinterland with a great view of the coast and island.

Sightseeing of Primošten (free time) departure to the hotel.

Tell us about your next adventure